Tony went to Nicosia Central Prison in Cyprus in December 1990 aged 19 years and 5 months.  There is a typing error in Taming The Tiger (see page 121).  click to view: 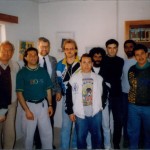 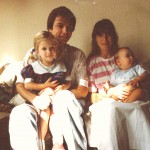 Yes, Tony was involved in serious crime, which is what led to his incarceration in Nicosia Central Prison, Cyprus.
A note from Tony regarding the length of time he served in Nicosia Central Prison: I have referred to the length of time I was incarcerated in Nicosia as being 3 years and have done so since I was released and deported to England.  My sentence was for 2½ years with an additional 3 months imprisonment prior to the sentence being passed.  I was released in November 1992 (my full sentence was up to May 1993).  As I created my time-line, I noted my incarceration was for over 2 years and I want to apologise for the error I have made in my testimony relating to this.