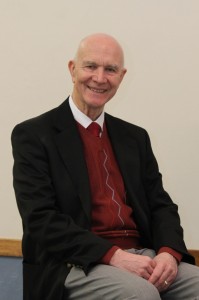 My name is Ian Bruce. At the time of writing I was 73 years of age and live in Scotland. I had the privilege of being blessed by the ministry of Tony Anthony some time ago and was deeply saddened to hear of all the adverse publicity relating to Tony, Taming the Tiger and his ministry.

Following the closure of Avanti Ministries, my daughter, son-in-law and myself arranged to meet with Tony about some administrative issues (previously my daughter had provided some voluntary support to the organisation). At that meeting I gave him a statement I had written in his support (the open letter on this website). I said I hoped it would help him. Clearly moved by its content, Tony invited the three of us to ask him any questions about his past. This was the beginning of a very long conversation and was followed by months of meetings, telephone calls and emails.

An almost endless list of questions was asked, and though some were visibly challenging, Tony accommodated our enquiries. When we asked for references, photographs, documents etc he gave them to us.

As Tony worked with us, his cultural background came to the fore.  He is a shy man and didn’t find sharing easy.  On numerous occasions he had useful information and documents which  corroborated his story and yet he didn’t volunteer them to us.  We always had to ask for it/them.

During our initial conversation he also made reference to film footage, amongst other material, which had been taken during a visit to Cyprus. When we asked for further details, we learned that in 2007 video footage had been ‘shot’ at the police station in Cyprus and in other locations but were disappointed to hear it was only available on tape. We then asked him if he would be prepared to have it digitalised so we could view it and the result is a majority of the video clips featured within this website.

We conducted this investigation in an independent way as we did not want to compromise the truth. It was encouraging to experience Tony’s full co-operation to this process. We found the evidence supporting his testimony overwhelming and believed the right thing to do was to make our ‘findings’ public via an information website. The idea was put to Tony and his wife and they gave us their permission to go ahead.

A lengthy list of questions and queries which were circulated in the public domain and submitted verbally and via email to Tony and his team was whittled down to what has been posted on this website. Answers to these have been provided and some of the very many photographs, documents, letters, emails, links to websites and video footage have been added for further information.  Please note we have not included everything we have seen for purposes of confidentiality, unnecessary information overload and additional reasons which are noted in the answers themselves.

This was not an easy process for any of us, since I felt we were putting Tony and his wife on trial. It was necessary however, as the ministry of preaching the Gospel has been so undermined by the comments and opinions in circulation. It is clear this young man is very gifted and passionate about sharing the Gospel of the Lord Jesus Christ and about encouraging others to do so. Without question, his ministry would have obtained the Apostle Paul’s support:

“It is true that some preach Christ out of envy and rivalry, but others out of good will. The latter do so out of love, knowing that I am put here for the defence of the Gospel. The former preach Christ out of selfish ambition, not sincerely, supposing that they can stir up trouble for me while I am in chains. But what does it matter?

The important thing is that in every way, whether from false motives or true, Christ is preached. And because of this I rejoice.”
Philippians 1:15 – 18

As previously said, this young man is passionate for the Lord Jesus Christ and the preaching of the Gospel.  He often says he is like a construction site in the hands of the Lord Jesus Christ. Because of this, he would rather keep silent as Jesus did when He was on trial and leave the rest to God.

I know Tony Anthony is not interested in any ‘revenge’ and his silence is testimony to this.